When Your Heroes Die 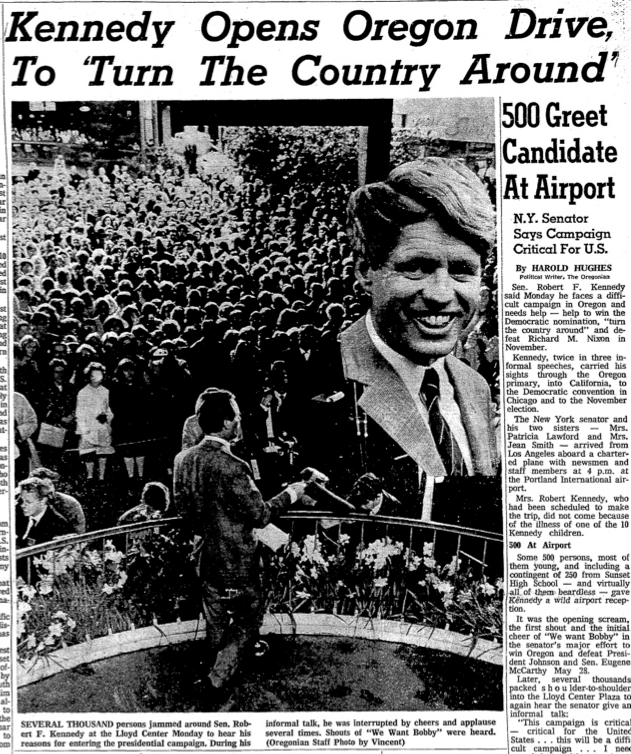 As a kid, I didn’t read comic books.  I loved words and all those pictures meant there were fewer words.  That also meant I didn’t have any connection to the heroes and superheroes that today roar though our popular culture with such resonance.

Still, I was a precocious reader.  I consumed books, especially history books.  In grade school I recall a large collection of biographies.  Each book was about 200 pages, though the type was larger.  I read all of them.  By 5th grade, I had moved beyond children’s books.  You have to be a strange kid to read William Shirer’s, “The Rise and
Fall of the Third Reich” at ten years old.  I was that kid.  At night, I had to force myself to stop reading and go to sleep.  I didn’t always succeed and just read until my eyes hurt too much to continue.

One of the great gifts from my parents was their subscription to both a morning and afternoon newspaper.  Dad read the morning paper first as he left early for work. I read it at the kitchen table before going to school.  Devout Muslims can get a bump on their foreheads called a zebihah, or prayer bump, from bowing to pray 5 times a day.  My childhood mark of devotion to newspapers was perpetually black elbows from the printers ink.

I can’t recall a time I wasn’t consumed by the news of the day.  I loved watching the nightly news broadcasts on our huge record player/black and white TV.  Ours was a Walter Cronkrite house.  All times are turbulent, not all are transformative.  My childhood news obsession was full of civil rights, riots and the Vietnam War.  The thread that connected them all was politics.  That I knew early on.

Cataclysmic national events played in my daily life.  A much anticipated family vacation to the coast was cancelled by the 1965 Watts riots.  We watched the riot on TV.

The older kids on my block joined the military and went to Viet Nam.  At school, we made gift boxes for solders.  They dutifully sent us letters back.  Years later I found those letters and with trepidation checked the names on the memorial wall in DC.  My correspondents were not on the list.  I guess they made it home.

One morning, I opened my bedroom windows to see men sliding a red velvet covered body into a hearse.  The oldest of the Villalobos family was wounded in the war and died in his bed soon after making it home.  I was in the house of my best friend when we heard his oldest sister scream.  She had just gotten the notification that her new husband was killed in action.  The serving, wounded and killed young men of our little town were recorded in a front page box of our afternoon paper, the Indio Daily News.  History was all around me.

In grammar school, I was always running for class something-or-other. In Junior High, I was student body president.  I loved politics and began to truly understand it at a national level.  I remember seeing Lyndon Johnson tell us he would not run for president.  That decision opened the door for my very first hero.  I had spent 4 days with my mom on the couch watching the country mourn the death of his brother.  Now, it was Bobby’s turn to make up for that tragedy.  I now had my first candidate.

Netflix has a new 4 part documentary on Bobby Kennedy.  I remember seeing many of the speeches on the nightly news.  I remember many of the headlines.  Back then you built loyalty to a candidate like a mosaic.  There was no way to immerse yourself in news.  He was going to end the war that was killing my neighbors.  He cared about poor people.  What he said the night that King was killed haunts me still.  He quoted Aeschylus.  I had no idea who that was but the poetry shook me.  He came to California to meet with Caesar Chavez.  That confused me.

You see, the Coachella Valley grows grapes and citrus fruit.  My maternal grandfather managed a huge ranch (we can farms ranches in Southern California.)  I heard the anger at Chavez and his strikers first hand from my grandpa and uncle.  I knew about the Teamsters and police there to stop them.  I didn’t really understand.  Later in life I read more about Chavez.  I get it now.  He was a flawed person.  But at the time, in my child’s mind, the fact that Bobby was with Chavez caused me to question what members of my family were saying.  Consciousness flows from doubt.

I followed Bobby’s campaign within the piecemeal limits of the day.  Indio always seemed far away, from everything.  Victories meant he actually had a chance.  I knew that the California primary was the whole ballgame.  I was crushed when he didn’t win Oregon.  “What’s wrong with those people up there?”, I thought.  Some days I think that still.

The films in the documentary are mostly local California newsreels.  They are the same reporter’s stories I saw in my living room.  Those images hit me like hammer blows.

In that early summer of 1968, I was enthralled.  He had a chance.  He was going to do it.  The night of the primary I watched the returns come in.  It was going to be a long night.  I watched local LA station.  All our local news came for LA.  Eventually, the rest of my family went to bed.  I don’t recall asking permission to stay up late.  I am pretty sure my folks knew they couldn’t make me go to bed.

Finally, the news.  He won.  And there he was live in the ballroom of the Ambassador Hotel.  It was me and Bobby in my living room.  My hero, my first hero ever, had won.  Can a 12 year-old experience bliss?  Sure.  And then he said, “And it’s on to Chicago and let’s win there.”  He walked off the stage and because there was no more news the local station immediately signed off.  Back then the TV became a fixed image called a test pattern.  I remember sitting on the couch and staring at that image for the longest time.  Happy, tired, content, excited.  Then I turned the TV off and went to bed.  Seconds after I turned the TV off, that local station came back on the air.

I woke up excited to tell my folks that I had seen Bobby win.  I came to the kitchen table and I think it was my dad who told me Bobby had been shot.  Mom and dad were both sad but I was having none of that nonsense.  “No, he won.”  But there it was, on the table, the newspaper.  Headline: Bobby Kennedy Shot.  That granny picture of him laying on a kitchen floor.  The newspaper.

There was hope.  He was still alive.  I clung to that.  Looked at the news.  This couldn’t be happening again.  School, then the afternoon newspaper.  On the front page was a macabre diagram of the angle of the bullets.  Lines drawn through the outline of his head.  It was bad.  That made real.  Who shot him?  A Palestinian angry about Israel?  I couldn’t begin to understand what that could possibly mean.  What?  Bobby didn’t talk about Israel.  What?

And then Bobby was gone.

The crucible of my political awakening was 1968.  I watched all of the conventions.  The riots.  The weekly casualty totals from Viet Nam kept coming.  I was 12 years-old and America was coming apart.  And mostly, my Bobby wasn’t there to fix it.

I suppose I had every right to simply walk away from politics and hope but transformation is a funny thing.  My first hero told me what was possible when leaders and people of good will came together.  And isn’t that the essence of hope?  And haven’t we seen hope manifest itself as change…over and over again?

America isn’t ever done because our shared creed is aspirational.  The death of my first hero caused me to double down on trying to understand how America works and doesn’t.  My childhood obsession became a lifelong quest.  A couple of times I got to work in the boiler room of politics and governing.  It was both thrilling and a cold bucket of water over my head.

The depth of my skepticism is almost legendary, but still, as someone who scraped hope from one of America’s worst days I remain a believer in what is possible.  I am chastened by the current state of the American experiment.  But I also understand resilience.

Bobby’s last words laying on the floor of that kitchen were whispered into the ear of a Latino dishwasher, “Is everyone OK?”  Yea, I think we are.

2 Responses to When Your Heroes Die